Get fresh music recommendations delivered to your inbox every Friday.
We've updated our Terms of Use. You can review the changes here.

Melodies of the Nightingale 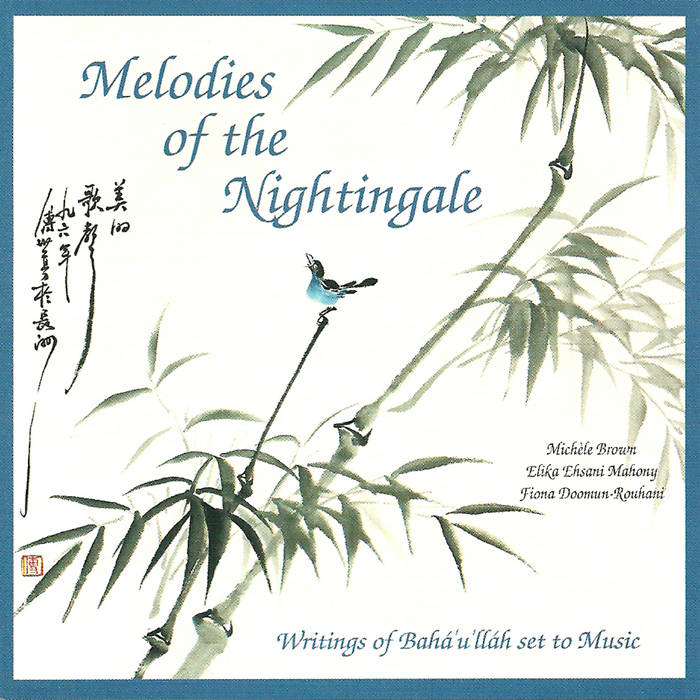 “Melodies of the Nightingale” contains 15 original songs, written, composed and recorded by Elika Mahony, Fiona Doomun-Rouhani and Michele Brown. The CD was inspired by the sacred Writings of the Baha’i Faith, and the contemplative nature of the music makes it ideal for individual reflections, meditations and group devotions.

In the spring of 1863 Baha'u'llah, "the Glory of God", paced amidst the roses and nightingales of the Garden of Ridvan and announced to those around Him that the long-awaited cycle of human unity had finally dawned. A new civilization, He proclaimed, one spiritual in nature and global in scope, would gradually emerge out of the chaos and disorder of our transitional age. Although an exile and a prisoner for forty years, Baha'u'llah, "the Nightingale of Paradise", never ceased to sing His "holy and sweet melodies" of the love of God. In over one hundred volumes He appealed to humanity to forsake the disabling prejudices and age-old animosities that have so long divided it, and invited all to enter the new garden of paradise - that of global humanity.

Words by Baha'u'llah,`Abdu'l-Bahá, and The Bab
Lyrics for all the songs here:
elikamahony.com/melodies_nightingale/lyrics1.htm